Barring destructive forces such as fire and flood, ancient wood in bone-dry desert air takes on a level of permanencea akin to stone. But unlike stone, desiccated wood undergoes imperceptible changes in appearance as it cures under relentless sun and wind.  In the process, the wood almost magically assumes many of the same brown, gray, and pale blue hues imbuing the adjacent mountains within the Basin and Range Province of the inland American West. These are images of repurposed railroad ties -- dating to the late 19th Century -- used to wall an abandoned settler's cabin in the Mojave Desert of southern Nevada. 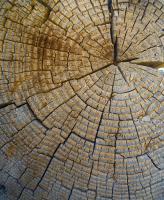 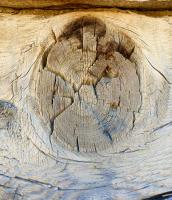 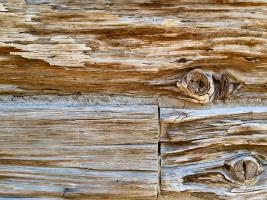 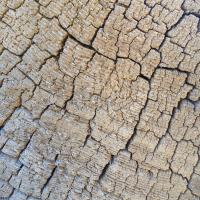 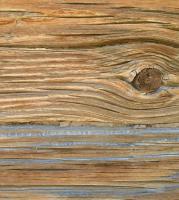 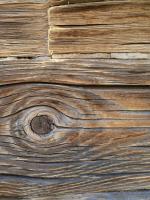 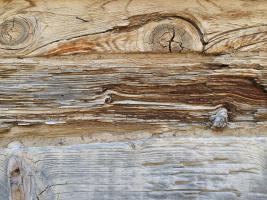